Known as the last ‘Shangri-La’ on earth, the land of the thunder dragon, of ancient temples and fortresses, Bhutan is a country of breathtaking natural beauty and man-made cultural treasures.

Here are our 10 top places to visit:

Join hundreds of pilgrims from all over Bhutan and enjoy the most colorful and vibrant festival. Watch re-enactments of the Bhutanese victory over invading Tibet. Firecrackers explode as battle scenes are acted out, culminating in the colorful Serda (procession) to the river. Punakha Dzong (fortress) is the magnificent backdrop, probably the most beautiful building in Bhutan. 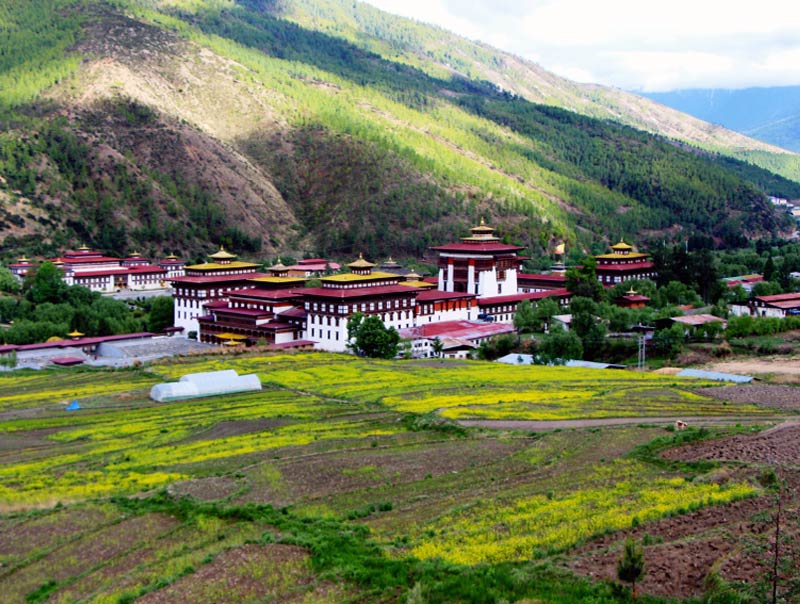 In Thimphu, the capital of Bhutan, visit its colorful weekend market and quirky shops, museums and landmarks like the National Memorial Chorten, built by the third king His Majesty Jigme Dorji Wangchuck. This small city was established as the capital in 1961 and is famous for being the only capital in the world without traffic lights! 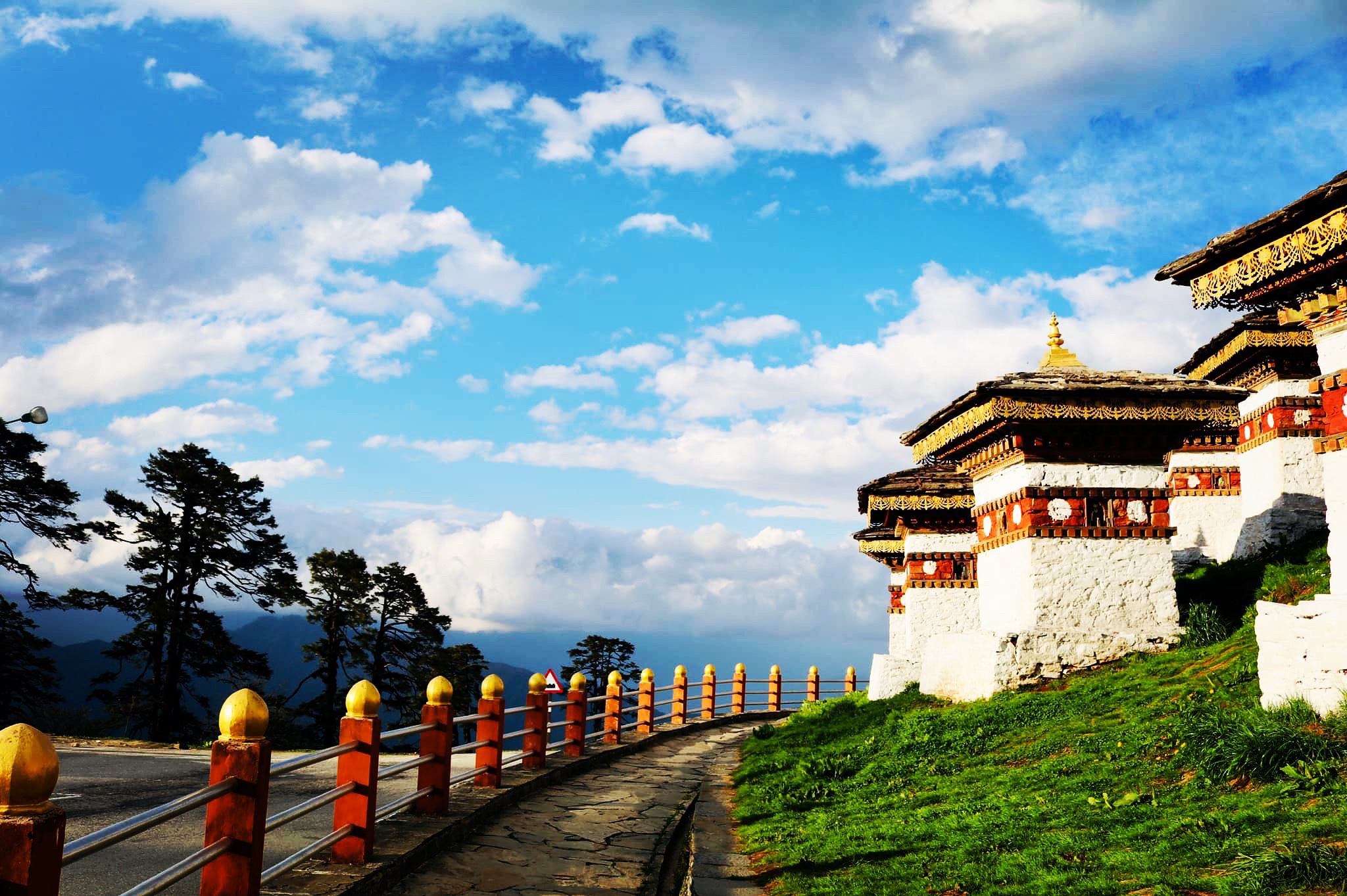 3. DOCHU LA PASS
Dochu La passes with its fluttering prayer flags and views over the majestic Himalayas takes your breath away on a clear day. Visit the highly ornate Drukwangyal Lhakhang (temple) and the 108 chortens, built by the Queen Mother Ashi Dorji Wangmo Wangchuck to honor the Bhutanese soldiers who were killed when fighting the Indian rebels in 2003. 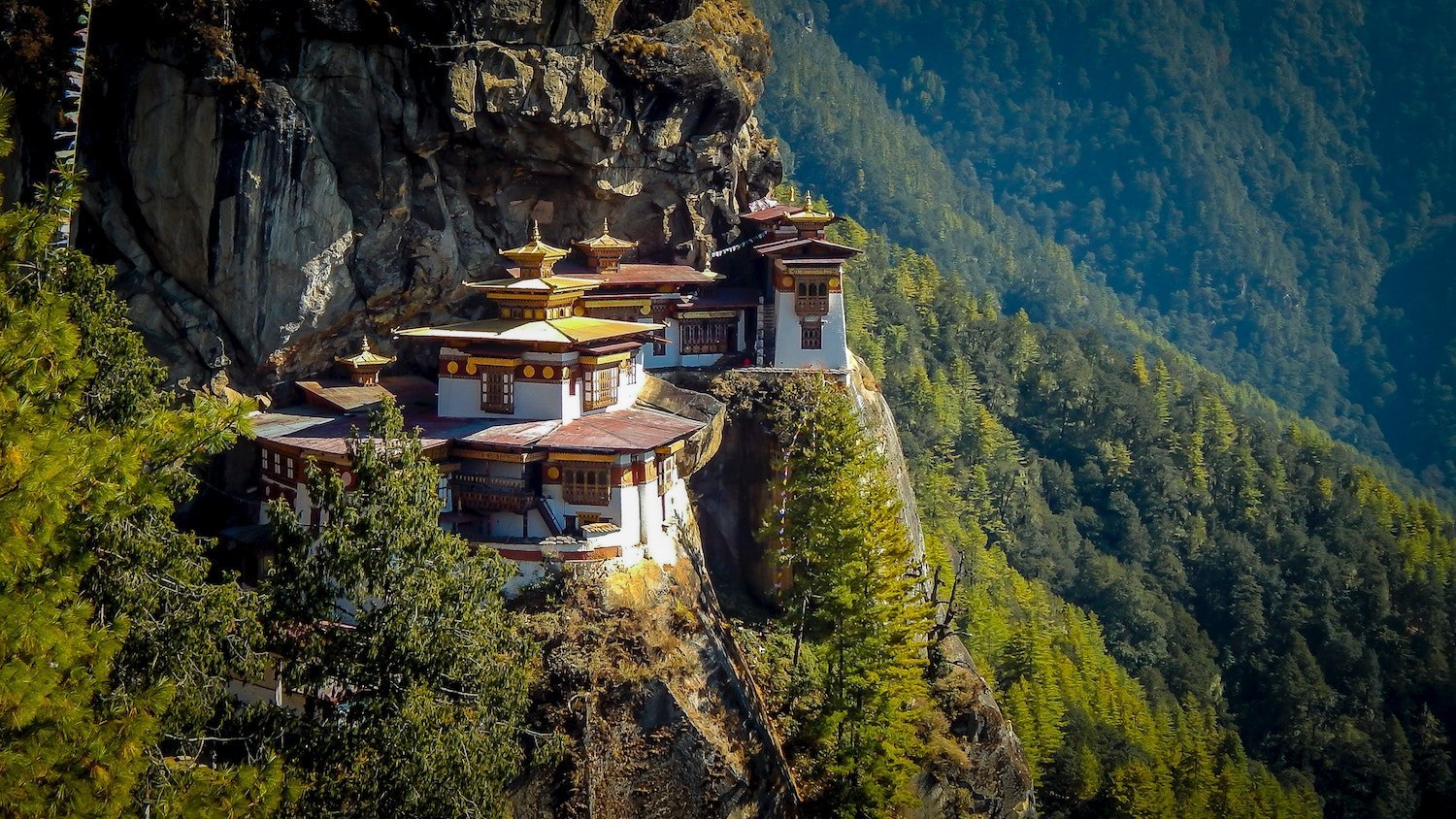 High above the Paro valley, this monastery – known as the Tiger’s Nest – perches on a rocky mountainside at 3,000 mts. It was built in the 8th century, when legend has it the 2nd Buddha, Guru Rimpoche, meditated here, having flown from Kurtoe valley on the back of one of his consorts who had taken the form of a flying tigress. To Buddhist pilgrims, this is one of the most sacred sites in the Himalayas, to anyone it has to be one of the most spectacular.

5. GANGTEY
This beautiful glacial valley lies at 2900m. After climbing up through dense forests dripping with lychen, the wide, open expanse of dwarf bamboo can come as a surprise. The valley boasts two beautiful meandering rivers, Nakay Chhu and Gay Chhu. Perched overlooking this beautiful, almost flat valley is the village and monastery of Gangtey. As well as the black-necked cranes that roost 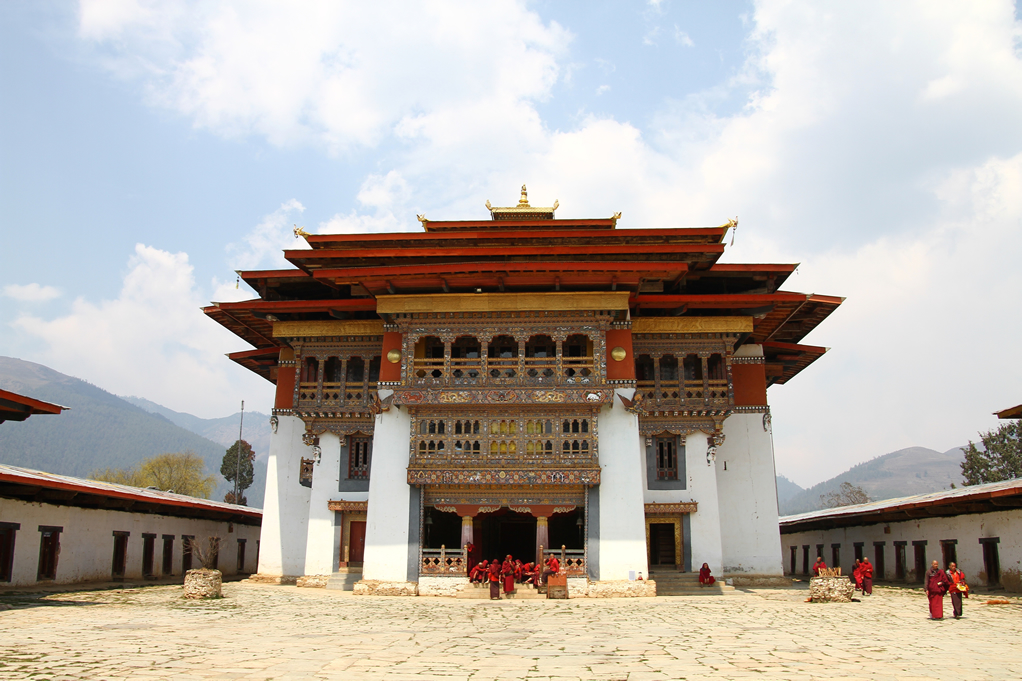 Known as the ‘fortress of glorious religion’, the Tashicho Dzhong was originally built in 1641. It was rebuilt in 1952 by the third king and is now used as the seat of the Royal Bhutanese Government. Situated in beautiful gardens, it is also the summer residence of the central monastic body. 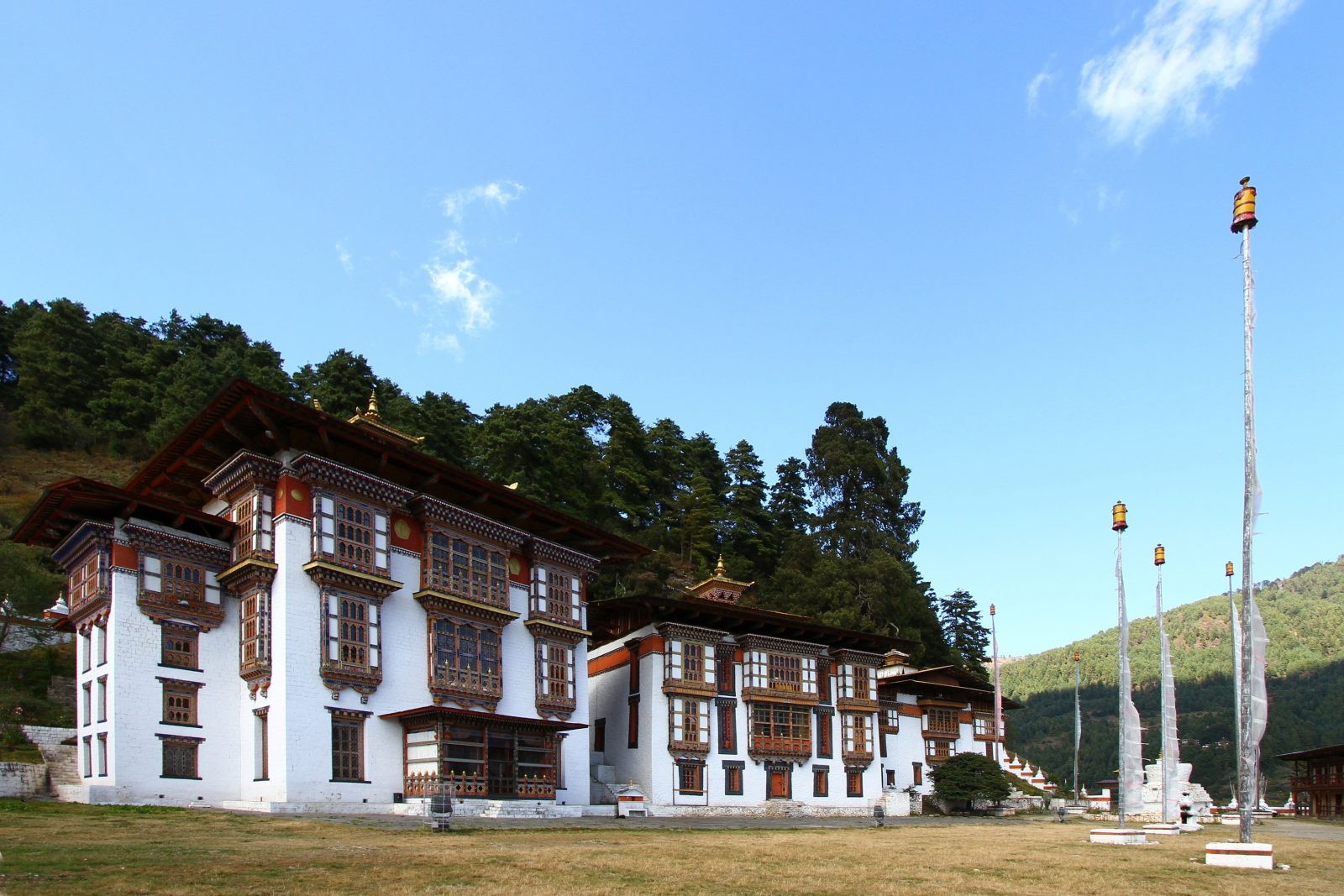 Located in the sacred Bumthang valley, Kurje Lhakhang is a monastery of particular significance as Buddhists believe that Guru Rinpoche meditated here and left the imprint of his body on a rock. It is also the final resting place of Bhutan’s first three kings. There are many religious and historical legends connected with this place which consists of three large temples and many smaller structures, rich with impressive adornments.

8. CHIME LHAKHANG
This small 16th-century temple of fertility is dedicated to the Lama Drukpa Kunley, the ‘Divine Madman’, decorated with colorful phallus’s and visited by childless couples seeking a special blessing to beget children. This is one of the most revered temples in all of Bhutan.

9. TRONGSA
The Dzong dominates the town of Trongsa. Perched above the Dzong, the actual town is little more than one street. Many of the town’s inhabitants are of Tibetan origin and so you may have the chance try some Tibetan specialties here. The new museum situated in the 300-year-old Ta Dzong, watchtower, provides an insight into the religious history of Bhutan, the significance of Trongsa in the history of the Kings of the Wangchuck dynasty.

10. RUKHA
A remote village in the Jigme Dorje Wangchuk National Park, Rukha is a hidden jewel. Accessible only by a precarious rope bridge, this collection of 20 houses dotted around the hillside are built in the traditional style with steep steps leading up to the first floor with the kitchen on the outside. Experience the other face of Bhutan close up with a home-stay in this hospitable rural community.