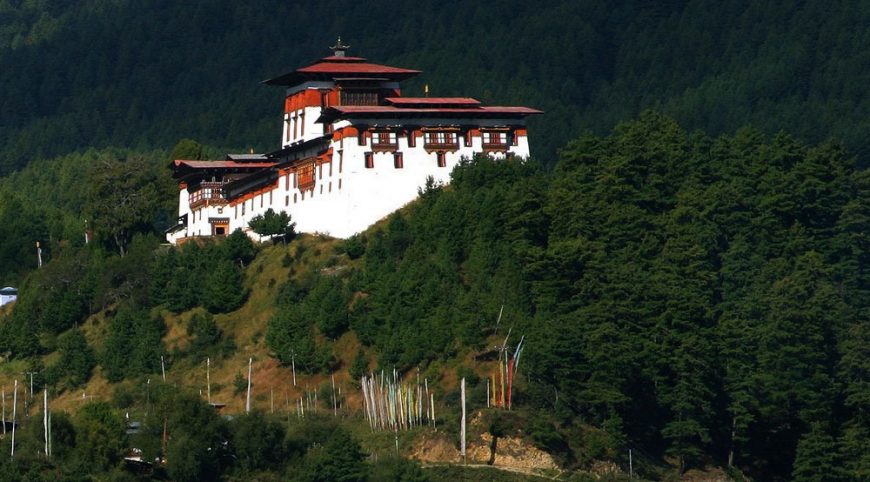 As the countries race to break the transmission chain through extreme but absolutely essential measures, such as complete lockdowns, social distancing and travel restrictions, one thing is becoming increasingly crystal clear. And, that is, this pandemic, which has the world in its grip, is not just a health crisis. It’s also a development emergency that is already causing tremendous social and economic impacts.

From tourism to trade, the COVID-19 crisis is affecting the livelihoods of many. It is a testing time for everyone, but more so for the world’s most vulnerable countries and population.

In the himalyan kingdom of Bhutan, it’s tourism sector remains among the hardest hit. Initial reports indicate that the temporary restriction on tourism has affected the livelihoods of some 50,000 Bhutanese working in the sector, including hoteliers, travel agents and tour guides.
Bhutan has proven to be a real success story with the lowest reported cases of Coronavirus in the Indian sub-continent. The country reported its first case on March 6 when a 76-year-old American tourist tested positive for the virus and was immediately quarantined. 73 direct contacts were also traced and quickly moved into quarantine areas.

The Kingdom of 750,000, shares vulnerable borders with India and China and has been a popular tourist destination for both Indian and Chinese travelers who are desperate to escape their overcrowded countries. When the Bhutanese people helped out by donating crops and food to those in need, and hotels offered up their properties as quarantine facilities, the true Bhutanese spirit shined through and it worked.

Will it become easier for tourists to book a trip to Bhutan?
We fully intend to make planning travel to Bhutan easier, and the in-country experience more adjustable, by the time global travel resumes again. Of course, we have no real influence on when other countries once again open their borders for leisure travelers. And as Bhutan has limited international gateways (Thailand, India, Singapore, Nepal, and Bangladesh), this is something that concerns us. Already before COVID-19 stopped the world in its tracks, we were exploring additional direct connections, for example, by adding a Middle Eastern and Far East country to the mix.

What restrictions could stay in place for visitors?
Our tourism policy of “High Value, Low Volume” will remain in place as it promotes sustainable tourism based on the carrying capacity of our nature, and our socio-cultural, and infrastructural reality. Under this unique policy, since the start of tourism in the 1970s, all tours in Bhutan are guided, which becomes even more relevant today when quarantine practice is becoming a new norm. In addition, we might need to add certain measures as set by the World Health Organization and our own Ministry of Health. Potentially rapid test kits and contact tracing apps will prove to be a relatively easy way of adjusting to the requirements of a new reality. Currently, a contact tracing app is already in use.

What can tourists expect when they visit in the future?
An experience unlike any other.
I feel the take-away for tourists to Bhutan can be both on a personal level as well as from a worldview perspective. The take-away on a personal level is, as expected, personal. Some get new inspiration and feel rejuvenated from having been in Bhutanese nature, being surrounded by majestic mountains, traversing our scenic valleys with winding rivers and encounters and conversations with happy Bhutanese people. All the while, breathing in the fresh mountain air. Others find their inspiration in the social fabric of Bhutan, where family ties and a sense of community is still very strong. And where the people keep the age-old traditions and values alive in everyday life despite the pressure of the rapidly changing reality. Others again experience a sense of spiritual awakening in Bhutan. Not just because of the monasteries dotting the landscape at every turn, the smell of incense in the air, and the ever-present monks and nuns chanting their mantras. It is something truly more intangible, which is all-encompassing from the moment the plane makes its final descent into the Paro Valley, to the final goodbyes to their guide and driver after a journey unlike any other.

Looking more from a worldview perspective, I would say that Bhutan can be an inspiration to a world that has seen more pervasive and invasive changes in just the last decades than ever before in world history, recent events notwithstanding. With its continuous pursuit to combat climate change, its holistic view on the nation’s development, and its people’s well-being, all within the realm of the philosophy of Gross National Happiness and extraordinary leadership of our Kings, Bhutan is trying her best to lead by example. Bhutan is already a carbon-negative country, the only one in the world.

Do you currently have any COVID-19 cases in the country?
To date, we have 43 COVID-19 cases, all of which are imported, so there has not been any local community spread. 6 of those 43 patients have already recovered, and we are thankful that we have had no loss of life so far.

Is traveling to Bhutan now or in the near future possible and safe?
Tourism visas starting from 6th March 2020 onwards have been suspended until further notice from the government. Travel will also remain subject to several restrictions imposed by the bordering countries via which tourists enter Bhutan. At world Tour Plan, we are closely eyeing into the forecasts when tourism might re-open.